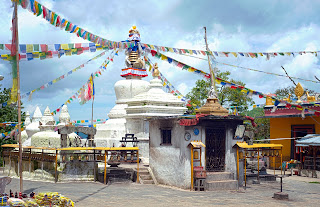 Approximately 40 km south east of Kathmandu city lies one of the biggest and important Buddhist pilgrimage site in Kavre district named Namo Buddha. It is considered as one of equally important stupa like of Kathmandu (Swayambhunath Stupa & Boudhanata Stupa). It is regarded as a place where Gautam Buddha was born as a prince in his previous life.

The legend states that Shakyamuni Buddha in his previous life was born as Mahasattva, the third and the youngest son of King Maharatha. One day the three brothers were walking through the jungle, suddenly they encountered a tigress with her five newly born cubs. They found that the tigress was so hungry and weak that she could barely move anywhere and feed their cubs. After seeing this the three princes moved from there sadly, thinking that they cannot do anything. But after a while Mahasattva decided to help her and returned back. Reaching there again he started to cut himself and gave his flesh to tigress. The tigress started eating him and left only the bones which were brought back and buried and made a stupa.
Thousands of year passed after the incident, one day Gautam Buddha came to this place. On reaching there he circumambulated the Stupa three times and announced that he was the Mahasatwo and reincarnated as Gautam Buddha. Then he named the village with Namo Buddha which means Homage or Honor to Buddha.

Once you reach this place and enter through the main gate you can see the stupa where the bones were buried. You can see lot of Buddhist pilgrims worshiping there. Then as you climb a small hill for around 10 minutes you will see the place where Mahasattva feed his body to the hungry tigress. You can also see the carving in the stone of the Mahasattva offering his body to tigress. Once you climb more to the hill top you can also enjoy the beautiful view of village and forests around. And on the east part of the hill lies a beautiful Thrangu Tashi Yangtse Monastery which was established in 1978 by V.V. Khenchen Thrangu Rinpoche. More than 250 monks study and live in this Monastery.

Posted by Nepal One Tours and Travels at 2:47 AM No comments: 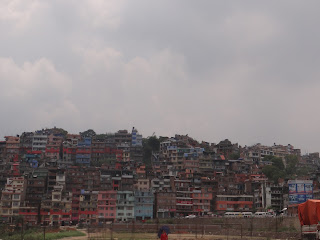 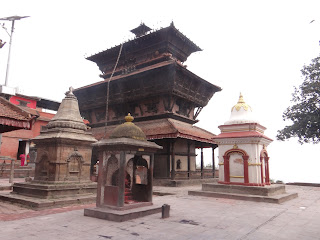 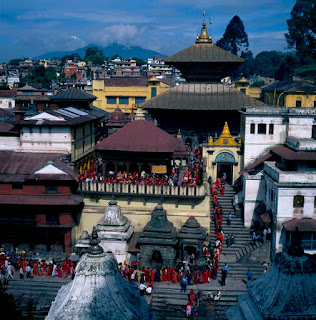 The fourth month of Nepali calendar is Shrawan and Sankranti means the movement of the sun from one Rashi (Zodiac) to another and the beginning of next month. The day when the sun starts to move towards south and the first day of the month Shrawan is called Shrawan Sankranti. This month is considered as the holy month for the Hindu of Nepal and also it the month from where many festivals begins.

This month is dedicated to Lord Shiva one of the principal deities of Hinduism. Each Monday devotees gathers in the temple of Lord Shiva to worship and fast till sunset. From the first Monday of Shrawan, people also start fasting for the sixteen Monday for the prosperity, wisdom and good health. 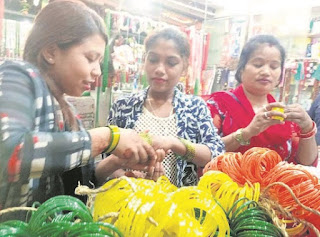 According to the legend story it is said that goddess Parvati fasted the whole month of Shrawan and worshiped Lord Shiva to get him as her husband, where she was able to please lord Shiva. So many Hindu woman wears yellow and green bangles, decorating their hands with mehndi and do fasting. Married women celebrates this month for the long life and happiness of their husband whereas unmarried girls do it to get good husband in the future.

Posted by Nepal One Tours and Travels at 11:36 PM No comments: 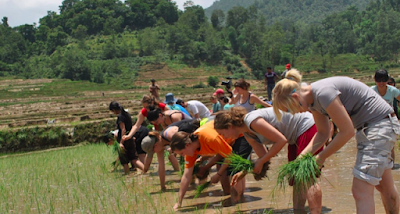 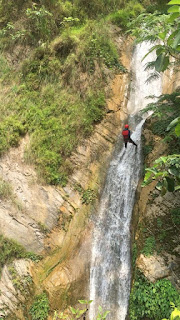 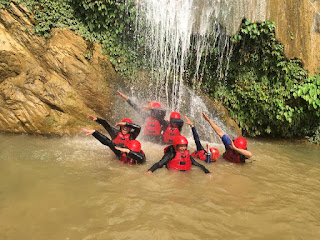