Nepal have numerous mountains .Mount Everest is one of the highest peak of the world with a height of 8848mtr.from the sea level. Nepal tour will make you an experience from various packages such like expedition, trekking, and mountain flight to gain a breathtaking experience of Everest. 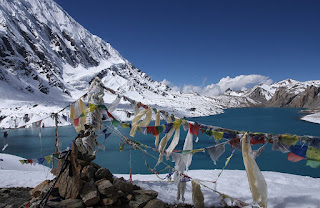 This Tilicho lake is world’s popular lake for being located at the highest altitude from the sea level. It is 4,919 m high in the Annapurna range of the Himalayas in Manang district of Nepal. Tilicho Lake is the destination of one of the most popular side hikes of the Annapurna Circuit trek during Nepal tour. The hike takes additional 3-4 days. No camping is required, as new lodges have been built between Manang and the lake. Final approach to the lake is done in a day hike from the lodge at Tilicho Base Camp. Nepal tour is only the way to reach at this wonderful land. 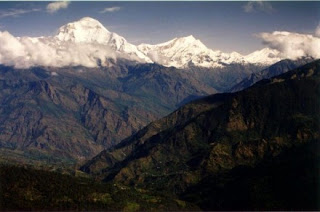 The Kali Gandaki Gorge or Andha Galchi is the gorge of the Kali Gandaki (or Gandaki River) in the Himalayas in Nepal. The Kali Gandaki gorge is the deepest gorge in the world, being 5,571 m or 18,278 ft. lower than Annapurna I which bounds it at one pointThe gorge separates the major peaks of Dhaulagiri (8,167 m or 26,795 ft) on the west and Annapurna (8,091 m or 26,545 ft.) on the east. Travelling to this majestic land Nepal let you to observe this mysterious place during Annapurna trekking. 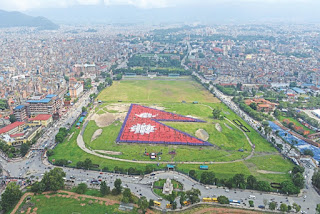 More than 35,000 Nepalese made a bid  to form the world's largest "human national flag" as they sought to set a new international record .As the country's anthem played, participants held up crimson, blue and white coloured cardboard for 10 minutes on an open ground in Kathmandu's city centre to form the national flag. Cries of "Nepal!" rang out as participants threw the cardboard pieces in the air to celebrate after the attempt. Nepal's flag is the world's only one which is not a quadrilateral. Instead it is comprised of two triangles. 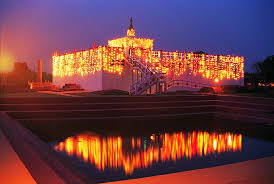 Nepal tour is the best way to observe the holy place Lumbini where Gautam Buddha was born. Siddhartha was son of King Suddhodhan Gautam and queen Maya Devi. Buddha was born in garden of Sal trees (Shorea robusta), situated in the beautiful and peaceful Lumbini zone in Rupandehi district of Nepal. UNESCO has listed Lumbini, Nepal as a world heritage site and birthplace of Gautama Buddha.Buddha was born on full moon day, he achieved nirvana in the same day and left this world on the same day of Baishakh Sukla Purnima. This day is celebrated as Budhha Purnima all over the world.Buddha means “Awakened One”.  Gautam Buddha is also known as Shakyamuni. Touring Nepal makes you able to visit this pleasant land .In sense of Buddhism, this place should be visited by every Buddhist of the world during Nepal tour.

6. SECOND RICHEST ON WATER RESOURCES ON WORLD:
Nepal is the richest country on water resources after Brazil .Nepal is a small, beautiful and wonderful land of the world. It is a miracle portion that this land is second rich country on water resources in spite being small on area. Nepal tour will provide you to admire its beauty on water resources. Lady after bath seems fair, innocent and natural as like this country contains the same charm .Tour operators, Travel agencies, Trekking agencies and Rafting agencies all can provide you a great  time to heal in this beautiful land during Nepal tour. Water activities such like Boating, Rafting, Diving, Fishing, Kayaking, Cannoning, Swimming, SUP, Water ball, etc. are on operation as a tourism product in Nepal .Also travelling to Nepal offers you most exciting white water rafting moment at various rivers of Nepal .Rafting in Nepal is popular all over the world and comes under top ten rafting destinations. 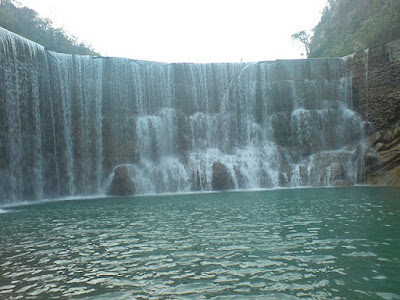 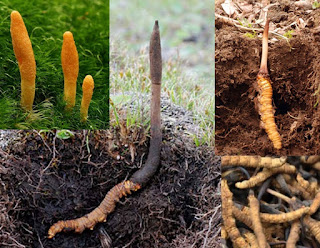 "Yarsha "(half plant half insect) is a valuable and incredible  medicinal herbs found only at highlands(above 3500mtr.) Of Himalayas of Nepal. Yarsagumba is also known as the “Himalayan Viagra” or “Himalayan Gold” for its high medicinal and commercial value. It is mainly used as a treatment for impotency in many countries.  Every year during May and June, thousands of villagers from remote areas from Nepal risking their own lives head for high mountains to collect yarsagumba. It is estimated that one villager can earn up to Rs. 2,500 approximately to $35 a day by collecting yarsagumba which is beyond the monthly salary of many Nepalese households. Yarsha hunting is one of the breathtaking activity of tourism in Nepal. If any tourist want to join yarsha hunting then appropriate season is waiting for you. During Nepal tour if you are here in season then various trekking and expedition routes can offer you to see and engage on this yarsha hunting programme. 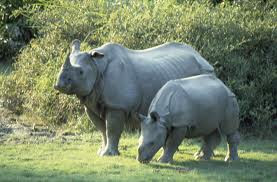 Rhino is one of the endanger animal that exist in Nepal in quantity next than other countries like India, Bangladesh, Pakistan etc. Chitwan national park and  Bardiya national park is main home for this rare rhino in Nepal. Poaching for their horns remains a serious threat. Despite being illegal, rhino horn is still used in some traditional Asian medicines for the treatment of a variety of ailments. Nepal tour will be your time to observe this rare animal ‘Rhino’ on the common touristic places like Chitwan and Bardiya. 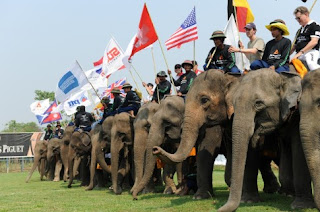 HOW TO PLAY
No elephants may lie down in front of the goal mouth. To do so will constitute a foul. A free hit is awarded to the opposing side from the semi-circle in front of the goal.Teams are made up from the pool of elephants and balanced out as fairly as possible bearing in mind size and speed of the elephant. Once the pool of elephants has been selected, each elephant is categorized and marked as A,B,C,D, E and F.Any team with 3 elephants in one half of the pitch is judged to have committed a foul.An elephant may not pick up the ball in its trunk during play. To do so constitutes a foul and a free hit is awarded to the opposing team from the spot where the ball was picked up.The defending players must be 15 meters from the spot.No more than 2 elephants may be in the D at one time – one from the attacking team and one from the defending team.There are no restrictions as to the height, weight or sex of the elephants.Sugar cane or rice balls packed with vitamins (molasses and rock salt) shall be given to the elephants at the end of each match and a cold beer, or soft drink, to the elephant drivers and not vice versa.The health and welfare of the elephants used in elephant polo tournaments is of prime concern. Abuse of the elephant is considered to be the most serious offence.
source:World Elephant Polo Association(WEPA)
EVERY YEAR ELEPHANT POLO COMPETITION HELDS ON MEGAULI,CHITWAN ,NEPAL.TILL DATE THIS INTERNATIONAL LEVEL COMPETITION HAS BEEN ORGANIZED ONLY IN NEPAL SINCE 1982.
Nepal tour is the best way to observe this international game at appropriate time. For to visit this sport venue at scheduled time ,please be in touch with nepalone tours and travel website http://www.nepalonetours.com/ 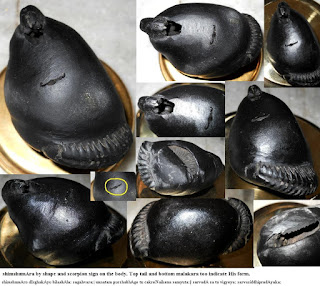 It is believed that part of India was drifted from the African Continent and collided with China’s boarder creating the tallest Himalayan Mountains in the world. It is also believed that there was an ocean between these two lands and all the sea creatures were buried in the molten lava. On the far eastern side of impact lies the Kali-Gandki River where the lava stones are found with an impression of sea creatures, normally identified as holiest Shaligram.
MYTH:
ACCORDING TO HINDUISMOnce in anger Sarasvati cursed Lakshmi. Sarasvati's curse changed Lakshmi into a tulsi plant and forced her to live on earth forever. Vishnu, however, intervened and modified the curse, saying that Lakshmi would remain on earth as tulasi until the river Gandaki flowed from her body. In the meantime, He would wait by the riverside in the form of a stone to take her back to His abode. This stone was the Shaligram Shila, which thus remained on earth as a representative of Vishnu. The Shila Deities and the tulsi plant are thus always worshipped together as Vishnu and Lakshmi.                                                         Nepal tour is only the way to visit this marvelous land during Annapurna  circit trek.


if you are willing to visit nepal at any time please feel free to make us an inquiry at our website http://www.nepalonetours.com. we are here for your better services.

Posted by Nepal One Tours and Travels at 12:43 AM No comments: