Annapurna Base Camp Trek also known as Annapurna Sanctuary Trek in Annapurna region is approximately 40 km north to Pokhara. It is one of the popular trekking destination after Everest Base Camp Trek. Due to the diverse landscape, villages, culture, rich flora and fauna has made this trek one of the attraction point. Located at the height of 4130 meters above sea level, ABC delivers the 360 degree view of Annapurna mountain ranges. The Base Camp lies between huge mountains like Hiuchuli, Annapurna South, Annapurna II, Annapurna III, Annapurna IV, Gandarva Chuli, Tent peak, Machhapuchhre/Fishtail, Gangapurna, Glacier Dom including worlds 10th highest mountain Annapurna I (8091 m). 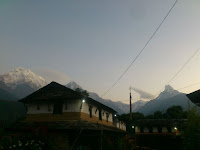 Similarly, the next best thing about this trek is the length of trek. Since, there are many trekking routes to ABC, one can minimize or maximize their trekking length as per the need. This trek can be organized with minimum of 7 days to maximum of 15 or more days. Nayapul, Ghandruk, Phedi, Kande, Motkyu, Siwai etc. are the point where trek can be started or ended. 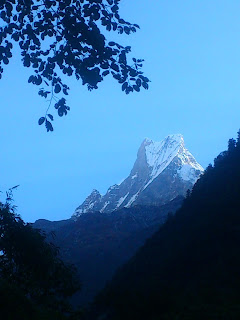 Furthermore, lots of small villages that lies in this trekking route are highly occupied by the Gurung community. Therefore, trekkers can experience the culture and tradition of Gurung people during their trek. The way they treat the guest and their hospitality are highly appreciable. They have been living and preserving this area since long time. They believe this place as the sacred place which is the home of god and goddess. So, sacrifice and killing animals are strictly prohibited in this area mainly at the upper mountain region.

The natural resources in this region comprises the glacier river from mountains, water falls, the dense forest of rhododendron and bamboo with the habitat of wild animals like snow leopard, red panda, musk deer, langur and different species of birds. These wide range of natural resources to explore definitely won’t let any trekkers regret for choosing this trek. Walking through the jungles and suspension bridges over the rumbling rivers adds more excitement and adventure. 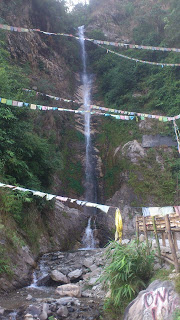 For more information about Abc trek and package please visit https://nepaltrekstour.com/ and mail us.

Posted by Nepal One Tours and Travels at 4:38 AM No comments: