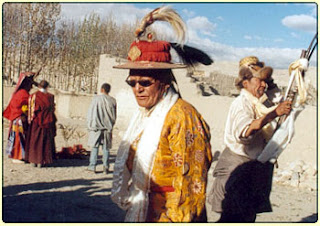 Kingdom of Lo was founded in 1380 by Ame Pal who oversaw construction of the city wall and many of the still-standing structures. Lo Manthang is the walled capital of the Kingdom of Lo. After the Shahs of Gorkha forged Nepal out of numerous petty kingdoms in the 18th century, Lo became a dependency but kept its hereditary rulers. This arrangement continued as long as Nepal remained a kingdom, until republican government began in 2008 and Jigme Dorje Palbar Bista (born c. 1933) lost his title. His protector King Gyanendra suffered the same fate, however the Raja or gyelpo of Mustang was 25th in a direct line of rulers dating back to 1380 A.D. 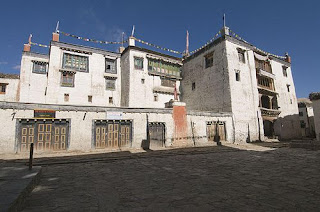 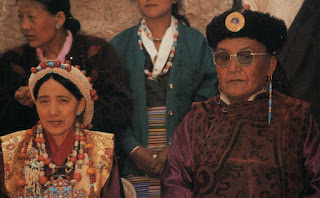 NEPALONE TOURS AND TRAVEL P.LTD IS ONE OF THE  LEADING TRAVEL AGENCY .TOUR OPERATOR,TREKKING AGENCY,TRAVEL COMPANY,TRAVEL OPERATOR,TOUR COMPANY,TOUR AGENCY FOR NEPAL.IF ANY VISITORS HAVE ANY QUERY  ABOUT NEPAL TOUR AND PACKAGES THEN FEEL FREE TO MAKE US AN INQUIRY AT OUR WEBSITE http://www.nepalonetours.com

Posted by Nepal One Tours and Travels at 11:58 PM No comments: