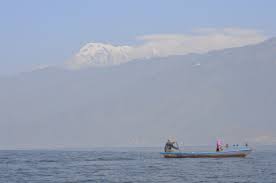 Nepal One Tours & Travels would like to share a news that a largest travel site Tripadvisor has recently given the award of excellence for its service.


We also recommend to visit Manakamana Temple ( A temple of wish) by Manakamana cable car while having tour in Nepal. If you are travelling to Pokhara or Chitwan by a private road transportation, it is very easy to reach there as is is just 1 Km from the main highway.

If you want more information about visiting Manakamana temple please contact us through our website
Posted by Nepal One Tours and Travels at 11:07 PM No comments:

Why travelling and tourism exists?

Why travel and tourism exists? 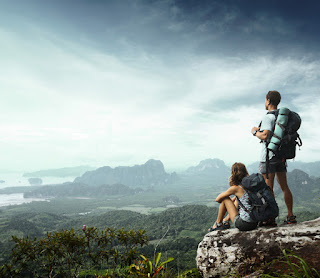 Simply, tourism is a behavior of travelling to any targeted destination from their origin at leisure .Tourism is also an integration of various components and activities such as observation of attractions, managing accommodation, taking care of accessibility and so on without which the term tourism can’t be fulfilled. According to UNWTO- "Tourism comprises the activities of persons traveling to and staying in places outside their usual environment for not more than one consecutive year for leisure, business and other purposes. The question may arise why people wants to travel, behind only reason of having vacation there are two factors which has been categorized influencing the behavior of tourism. The first one is “Pushing factor” which is the interest created in a person to travel particular place because most of his friends and relatives has a travel history of visiting the same place. To make it clear, if majority of the classmates of the same class of one school has travelled “Pokhara” except two students, the tendency of their interest of travelling Pokhara will be high. Pushing factor mainly includes the interest generation from the internal or mental state of the individual such as wants of travel, desire of reaching in a specific place. Whereas some other elements also comes in addition to the interest, such as time factor and affordability under the Pushing factor.
On the other hand the “Pulling factor” is the interest of travelling to a person is generated because of the physical value of the place. If someone wants to travel the Mt. Everest just because he wants to reach at the top place of the world then it’s a pulling factor.
Nepal One Tours & Travels Pvt. Ltd. is a Nepal based Travel Agency and Tour Operator. Please send your nepal travel inquiry to us at our email address info@nepalonetours.com

Posted by Nepal One Tours and Travels at 3:02 AM No comments:

Experience of hosting 13 Malaysian tourists having adventure travel in Nepal


At the end we would like to say that we Love Malaysian Tourists and our aim is to be a specialized Tour operator for a Malaysian Tourist travelling in Nepal.        www.nepalonetours.com
Posted by Nepal One Tours and Travels at 5:07 AM No comments:

Many people like to travel in India. India is interesting place for travellers. This three places are Respectively   Delhi,Agra and Jaipur most popular and memorable place. This package start from Delhi.

Delhi is the capital of india.There are many places kutub Minar ,Jantarmantar ,Jamamasjid,India gate  & chandni chock.

Agra is beautiful place. Most people like to see that place to india visit.

www.nepalonetours.com
Posted by Nepal One Tours and Travels at 1:51 AM No comments: